Since we both needed the Elite Qualifying Miles to keep our status with United we knew that we couldn’t cash in miles for this trip. We earn nearly 12,000 premier qualifying miles for this round trip from Chicago. We couldn’t let those miles go to waste. When we flew to Lima, we found round trip Business Class tickets for about $1,800 per person. If we could find something like that for this trip, we’d book it in an instant. Unfortunately all Business Class tickets were going for well over $5K each. The only way I’d pay that much money for a flight is to hurry home to someone’s deathbed or to flee the country with no notice to avoid a criminal indictment.

The difference between the upgradable Economy Fare and the normal Economy Fare was about $200 more per person. Basically, we’d pay $200 more for the opportunity to use our GPUs. If the upgrades didn’t clear, we’re out that money.

We followed this same logic as we booked our tickets to Rio in 2017. We booked airfare about eight months out and the upgrade cleared about a month later. Figuring that Argentina wasn’t a huge Thanksgiving destination, we thought this was our best bet.

The days, weeks and moths passed. No upgrade. We had some flight schedule changes, still no upgrades. We chatted up the fine folks at United and they couldn’t do anything, but tell us that they were pretty sure we’d clear.

Finally, it’s day of travel. We checked in and our upgrade still hadn’t cleared. We kept refreshing the upgrade list. The frustration set in. We’d paid extra money to sit in the same old Economy Seats for nearly three hours to Houston and 10 hours to Buenos Aires.

Fast forward to the return trip. The exact same scenario played out. We watched the list. Our names hovered towards the top of the list, but never crossed that magic threshold. Once we checked in at the airport, we were notified that our upgrades had cleared – for the leg between Newark and Chicago. Of the 26 hours of flying time with United we’d have on this trip, two of those hours would be in Business Class.

I’ll touch on a couple of the details on these flights later on, but at the end of the day, these flights were fine. We arrived safely. The United crew was a good mix of fun and surly, mostly surly. While our Argentina Flight Planning didn’t end up exactly as we wanted, we did have a pretty great trip.

Do you follow the same logic as we do when determining how to get somewhere?

I heard an interesting story today. This woman who was a first year Analyst at one of the big Investment Banks in New York. She had been working on this one major project – she was working 15+ hours a day for nearly six weeks.

The day she was to present her findings and recommendations, she slept in. The stress and lack of sleep finally caught up with her. She didn’t sleep through her meeting time, but she couldn’t make it to the office before her time slot was up, but she persevered. Getting up, frantically getting dressed and running to the subway.

Getting from the Upper East Side to the Financial District in Lower Manhattan usually took her 45 minutes. But not today. As she boarded the waiting train, the announce came on: The train would be going express to her station downtown. Other passengers who had a stop en route grumbled as they left the car.  Her train shot downtown like a bolt of lightening; passing a dozen stations that would had added so many minutes to her commute.

This Analyst arrived at her meeting, three minutes late. Luckily the man who was scheduled ahead of her was also running late. No one knew she had nearly missed the biggest meeting of her young career.

So what, you may think, right? Think of all those people who were mildly inconvenienced by the train running express; they ended up arriving just a couple minutes later than anticipated, but the express saved this one woman.

As we travel this holiday weekend, I think back not to the times where a flight delay caused me less time at the pool, or me to arrive late for a connecting flight to find no space for my bags in the overhead bin, but to the times that a delay helped me.

I think to the times, when my dad was dying and I would get the call from my mom that says “It is really bad now, the doctors think you should be here” – yes, there were several of those calls.  I’d leave work, racing to O’Hare knowing that it would be hard as hell to make the flight I booked, but I would try.  When I’d run through the airport, checking the departure board and I’d see that the flight was indeed delayed and I could actually make it – those were the times I knew the universe was on my side.

I’d hear fellow travellers grumbling about how this 30 minute delay just ruins their trip, while I sat there quietly thanking the events that brought this plane in a few minutes late. This delay would allow me to see my dad one more time.

Before you get angry during events like this, think of the one person this may be helping. How awful is this delay really?

When I Travel,  I want to to really experience the place I am visiting. I don’t want to spend my time in the hotel eating room service and watching TV. 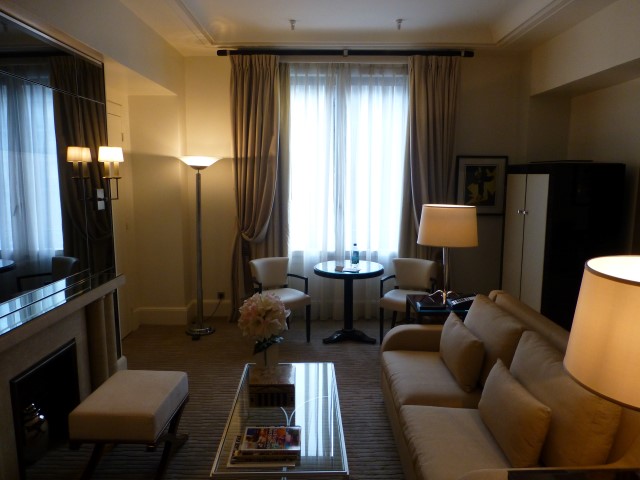 Despite the room being perfect, I sure don’t want to spend much time in the suite at the Prince de Galles in Paris. I want to see the city

When I travel, if I can, I partner up with a local. I want to know where they eat, where they drink and how they live.  By a local, I don’t mean a hired guide (necessarily), nor does partner up with mean spending all day everyday with them. 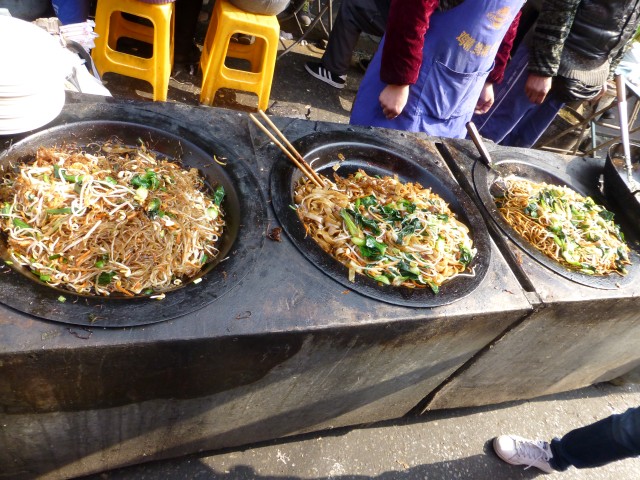 Food stall street in Shanghai was very intimidating for someone who doesn’t speak Mandarin, but with the help of our guide we ate like kings.

When I travel, I research beforehand. I use everything from TripAdvisor, to Michelin, to just plain ‘ol Google.  If I can find a local City Magazine online I will read about the hot new places. That’s how I found all the great places Downtown LA earlier this year (read about that here, here and here).  You’d be surprised what not-so-hidden gems you can find with a little help from Mr. Google.

When I travel, I ask everyone from the taxi driver, to the concierge to the bell boy to the valet attendant to the bar tender: “Where do YOU eat?” Not “Where do you send guests?” I keep pushing until I get a real answer.  I had to ask this question 5+ times to the fine folks in Memphis a few years ago until I finally got directions to a basement BBQ joint with stellar food a block or two off Beale. 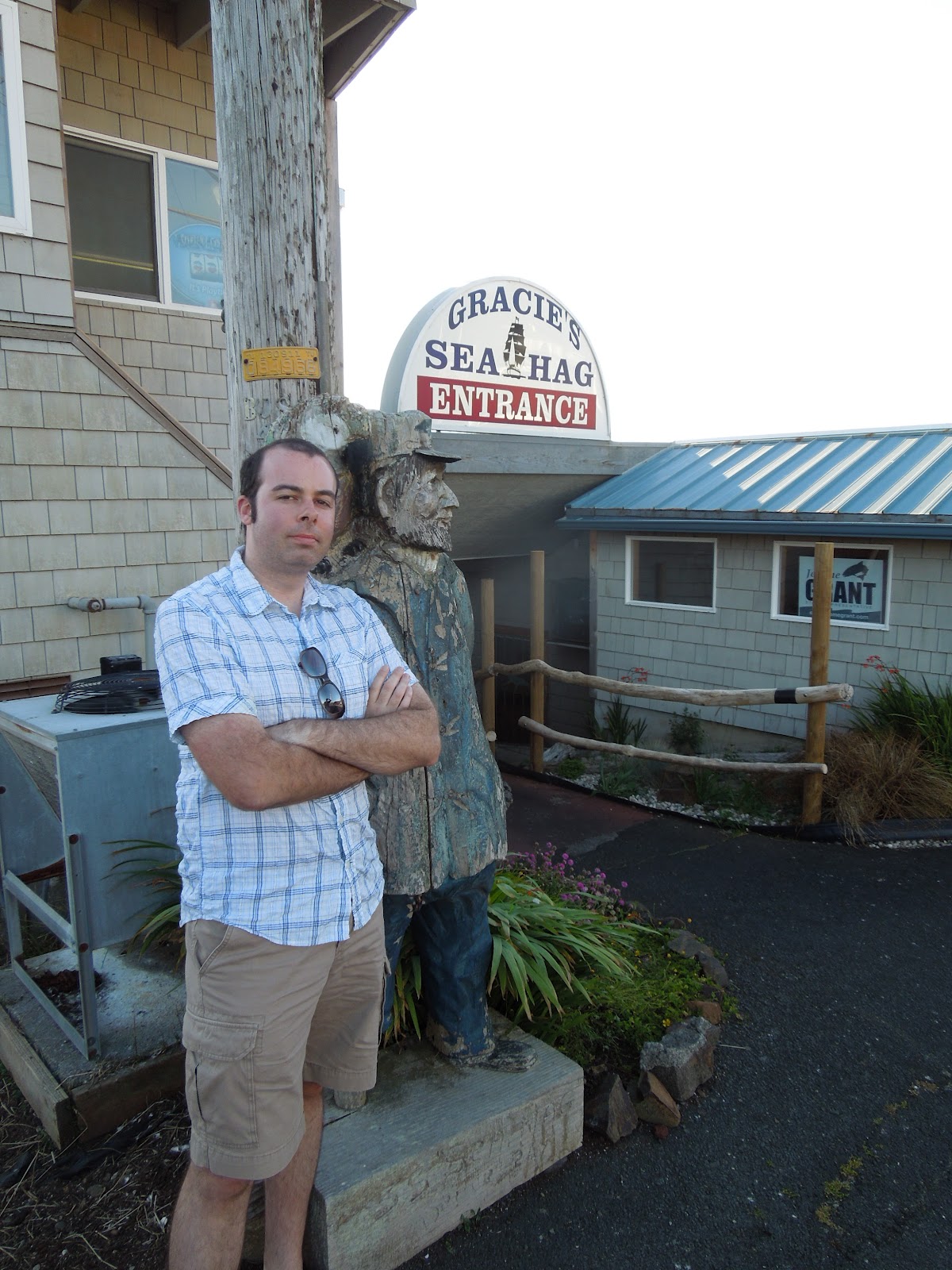 Not the place in Memphis, but a great dive/shanty on the Oregon Coast. Best crab cocktail on the planet.

When I travel, I ask the hive mind of Facebook, G+, Twitter and readers here where I should go.

When I travel, food is an important part of my journey, but not the only part. I’ll hit the museums (both acclaimed and hidden). I’ll take walking tours. I will rent a bike ( I love cities with bike share programs). 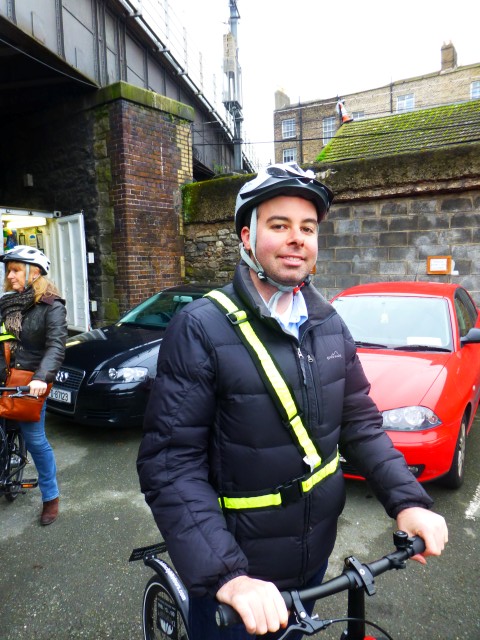 Prepping for a cold bike tour of Dublin. Two wheels are the best way to see a city, don’t you think?

How do you travel? How do you recommend I improve my travel?