Security Theater. That’s the term we use for the show that is put on by TSA and other Security Agencies that give passengers and guests the feeling that they are safe.

Now, not everything TSA does is theater. I do believe that bags should be x-rayed and people should go through the metal detectors, but when you see such high failure rates when these checkpoints are tested you see that they aren’t all that effective.

In Yangon, we saw Security Theater everywhere. Entering our hotel you had to go through a x-ray machine and a metal detector. Each day when I set off the detector (3-4 times daily), I would just get waved on through. Now maybe they are combining these screens with some sort of enhanced behavioral analysis, I don’t know, but it just annoyed me that we had to waste this time and they didn’t seem to really care about security. 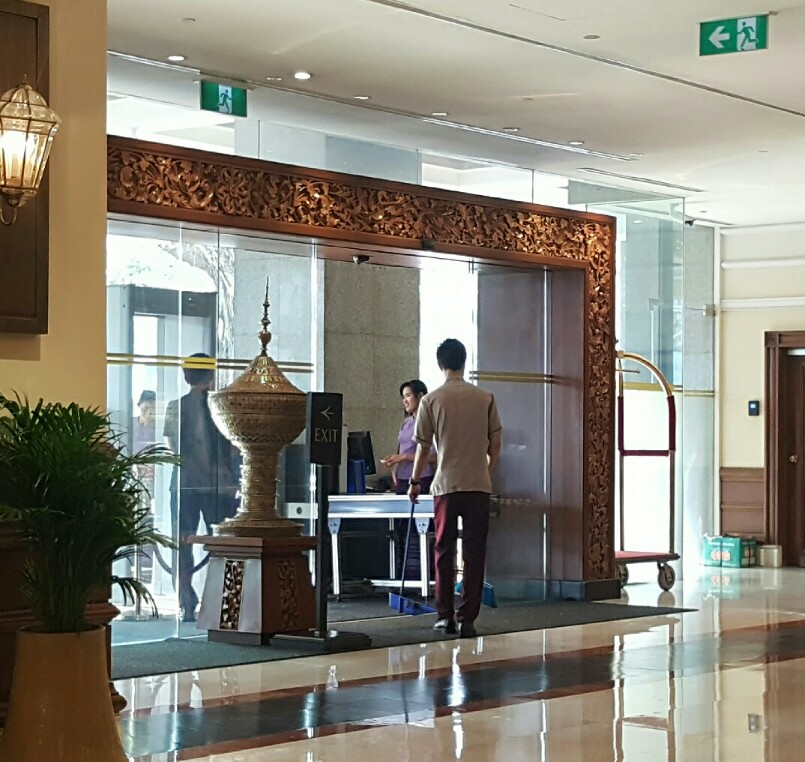 Security checkpoint to enter our hotel. It gave the appearance of security, while not really adding value.

We had this same issue at a mall where we ate lunch and at the museum. If you are going to do it, do it right.
At the airport you had to go through a bag screen and a metal detector before you enter the terminal and I can see value to that, as we’ve seen so many attacks pre-secuirty at the airport (Brussels is a recent example), but in Yangon when I set off the metal detector I was just waved through.

The normal security lines at Yangon International Airport’s Domestic Terminal seem like they were an after thought. 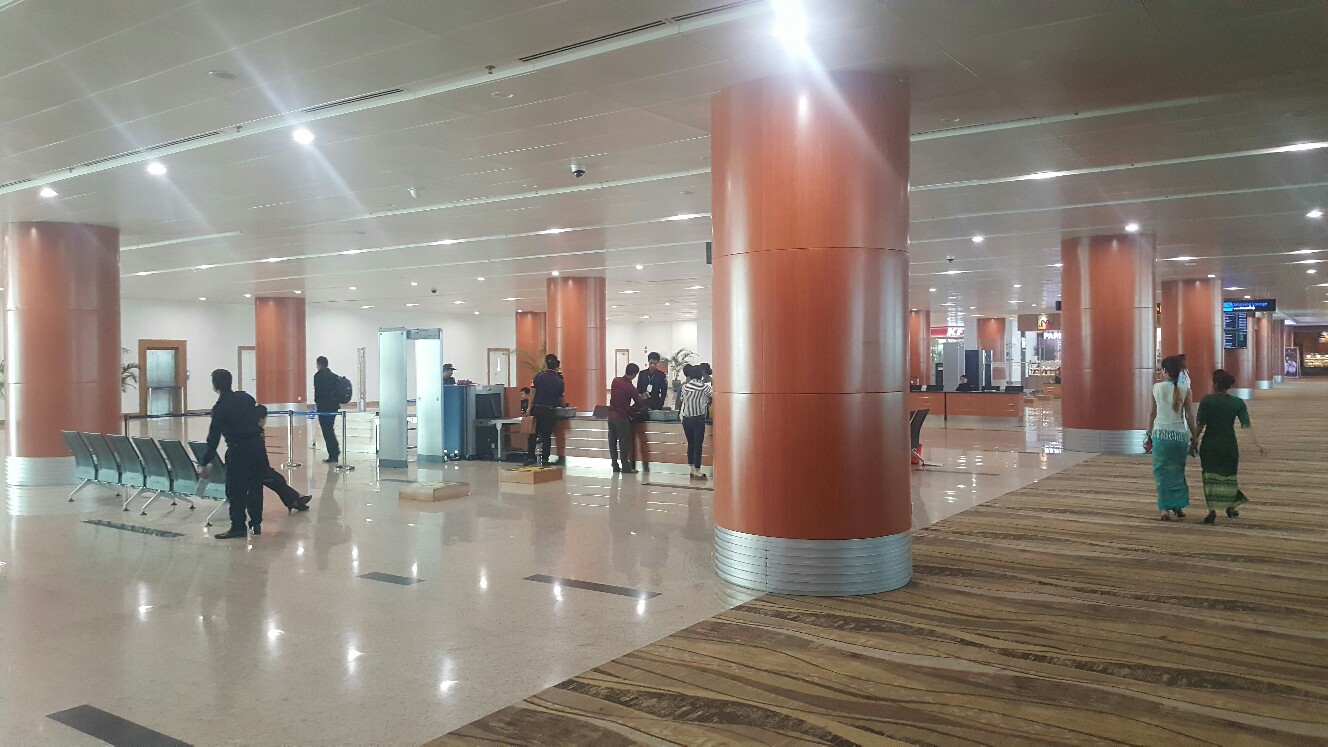 Security. An afterthought? Seems like one could easily penetrate security at the domestic terminal.

The recent changes to electronics policy for flights originating in several predominately Muslim countries flying directly to the US seems like another Act in Security Theater. If the recent raid in Yemen yielded intelligence that this was a tactic people are considering to attack western interests, why would it only affect those carriers? Why wouldn’t a terrorist instead of flying directly just connect in Europe where these restrictions are not in place (other than the UK it now seems). We need to remain vigilant, we need to remain active, but we need to do the right things, not just do things that look good. So last week we couldn’t have a device with a lithium battery in the cargo hold, now we are required to check these items? Seems nuts, doesn’t it?
I know you’ve got an opinion on Security Theater in general and the most recent restrictions in electronics larger than a cell phone? Am I just too cynical?